THINGS I AM THANKFUL FOR...AND OTHER FANTASIES

I am thankful for being able to hold a rum and coke under one arm and tequilla and lime in the other. 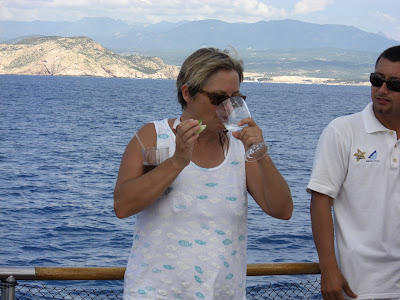 I am thankful for Girl Kitty's abject honesty about how she REALLY feels about the salability of a manuscript. 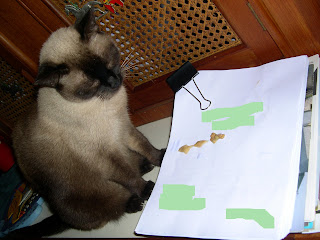 I am thankful when I can avoid stepping in Girl Kitty's abject honesty in the morning before I have my coffee.


I am thankful that the cool gray fish with the triangular fin that the kid on the snorkle boat was tossing hamburger to WASN'T interested in "the other white meat." 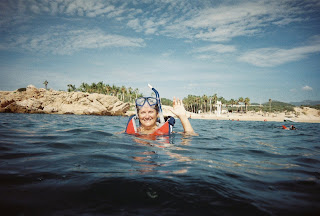 I am thankful that I see the light at the end of the tunnel when I finish a first draft. 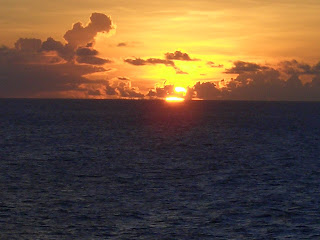 And sunsets.
I am most definitely thankful for sunsets.

What are you thankful for?
Posted by ORION at 6:48 PM 9 comments:

Silliness is as silliness does...A new spin on on old Christmas standard. 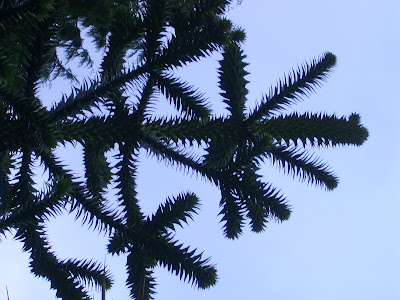 So I been getting mail.
Lots of email. Some from readers. Some from writers and other authors.

And requests. I'm getting lots of requests that...well...defy explanation.

I OFFER YOU THE LATEST MISSIVE I'VE RECEIVED...

AND THE BABLE FISH TRANSLATION...

I write to you with much hesitation its some lines to describe you my situation. While hoping to find compassion you because that impose me seen the painful one and difficult living condition that I am at present. But front, I hold to introduce to you. My name is Mrs ALESIA ATOLEVNA MAROKINA, I am of Russian and widowed nationality. My Husband is deceased in the disaster of Tsunami in Thailand. I am inheritor of goods of my husband or summons it of $4.500.000 of American dollars. I have in this moment some difficulties with my beautiful family which wants to put the hand on certain goods...

You have to hand it to them. They're persistent. It's just that I um...don't speak and read French all that well or any other language for that matter - including English...

And what's with men from India and Thailand asking for signed photos of a 50 + year old author?
What's up with that?

Inquiring writerly minds want to know.
Posted by ORION at 9:05 AM 17 comments: 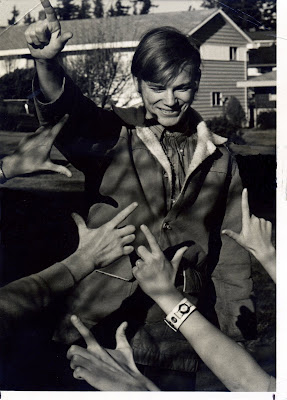 38 years ago me and a bunch of other slackers in High School made a perfectly innocuous guy famous.
Loren Fiske.
November 1970.
The day of the creation of the Loren Fiske Fan Club
I know it was this date as that's what's written on the back of the photo. It's one of those memories that you forget and one picture suddenly brings it all back. We were the Anti-Cheerleaders. The Anti-Jocks. The Anti-Student Body Presidents. The Anti Peggy-Sues.
And while we weren't exactly bad. We were the poets. The writers. The drama club. The artists.
We were BAD...
At least we wanted to be when our parents would let us.
Anyway we started a fan club. Actually if I'm correct it was Dave Overby that started it. And maybe Kevin Cobley. And then we all joined.
And the rest was history.
It was a stellar moment for us pre-geeks.
We had membership cards.
A special hand signal.
And caused great perplexity and cacophony during pep rallys by yelling "Loren Fiske...Loren Fiske...Loren Fiske..."
If we had been better organized I know we could have gotten him elected Homecoming Queen. Or at least Princess.
But that was a long time ago.
In a galaxy far, far away.
When I was young.

I took Anti-Wife to my favorite Heiau in the mountains of Pupukea. 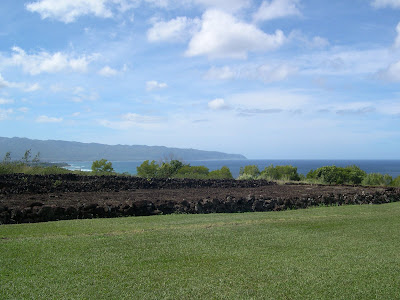 The conversation turned to Tooloose and his Alien Space Monkey Memoir...
We waited until Tooloose left the room.
Anti-Wife: "How's it coming?"

PW: "Not good. He needs several more revisions, has an enormous amount of tense errors as cats live entirely in the present. This becomes problematic in a memoir. Plus he's never actually been an Alien Space Monkey."

Anti-Wife:"Have you explained it to him? Talked to him about it? I mean he has a real advantage living with a published author."

PW: "I know. I know, but he doesn't listen to me. When I make suggestions he just says we disagree stylistically."

Anti-Wife: "It is hard when writers can't take constructive criticism isn't it? Maybe it's you. Maybe he'll listen to me?"

PW: "Here. Read his first prologue and see what you think."

dem monkeeze am scaree. I iz one a dem too. I haz get space ship fast. eat fud. have no thumb lak dem so can not shut lazy gun.
play wit dem tails.
I no eat bananaz.


Okay bloggers. Tooloose may listen to you. Can you give him a hand with his edits?
Posted by ORION at 8:01 AM 18 comments:

I discovered another great way to procrastinate.
REARRANGE! 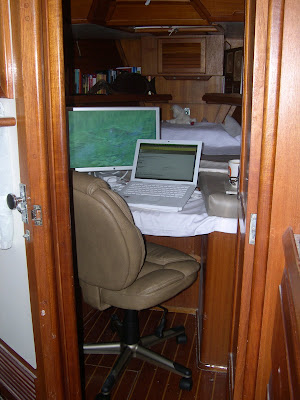 For years I've been writing on my salon table. It's too high. The seat makes my back hurt. I have to move everything for dinner time.
I needed a new place. My own space. And I found it right under my nose (so to speak).
It's where I used to keep the kitty box.
So Tooloose and Girl Kitty are out of the forward cabin and it's mine...mwa ha ha ALL MINE!!!!

So what's the big deal about having your own place to write you say?
It's comforting. It gets my stuff in one area. AND I CAN SHUT THE DOOR.
No more Tooloose strolling by to get help on his Alien Space Monkey Memoir.
So where do you guys write?
How do you procrastinate?
Inquiring authorial minds want to know.
Posted by ORION at 10:33 AM 21 comments:

LOTTERY IS ALSO AVAILABLE ON KINDLE

...a novel about trust, loyalty, and what distinguishes us as capable..."

ORION
I consider myself a renaissance woman. I have been in the Army, worked as a medical technologist, competed as a professional horsewoman, been an educator, a diver,a sailor, a PHD student, writer and now an author.

KUDOS FOR LOTTERY CAN BE SEEN HERE.

AUTHOR EVENTS CAN BE SEEN HERE.

EMAIL PAT WITH COMMENTS OR QUESTIONS AT
PATRICIA@PATRICIAWOODAUTHOR.COM

Orion is a 48-ft Celestial Ketch. She was abandoned in the middle of the Pacific Ocean during a storm and over the course of several months found her way back to the Big Island. When my husband and I first looked at her and found out her history we decided she was the boat for us and bought her. She sails like a dream and we love her dearly.

A CAT MUST ALWAYS BE PREPARED

For luck, success, and good fortune.

The first contract that came was from the Netherlands.

Cross-country in his younger days with Pat

Pat teaching him to be a good horse

IT GOT HERE SAFE AND SOUND - The real honest to goodness hardback.

Is that a margarita in your hand or are you just glad to see me?

Over the arena at Mokuleia

Touloose and Girl Kitty on the companionway

Pat in the middle of the Pacific Ocean

From the bow of ORION